Louis Arevalo grew up hiking, climbing and skiing in the Utah Valley, which led to his passion and career as an outdoor photographer. Airon Carmargo reports on what it is like for Arevalo now as a disabled American.

Utah adventurer on loving the outdoors as a disabled American

From a young age, Louis Arevalo wanted to explore the Wasatch Mountains. Through his passion for climbing, skiing and hiking he was able to do so. He was lucky enough to channel his love of nature into a career as an outdoor photographer. He knew, as all adventurers do, that these activities carry an inherent risk.

“I knew that injury was on the table,” Arevalo said. “I thought broken bones, death [or] dismemberment. But I never thought about paralysis.”

In February 2020, Louis Arevalo joined his friend Erme Catino to backcountry ski and take photographs in the southern Wasatch Mountains. At the end of day, Arevalo began gliding down the mountain to head back. Almost immediately, he noticed that something was wrong with his skis. He tried to slow down to see what the problem was.

“When I did that, I hit something right below the surface, either a stump or a rock or something, and it just kind of bucked me forward,” he said. “And at the time, I thought, this is not that big of a deal. I’ll just somersault and kind of roll to a stop.”

“I got pushed forward so forcefully that I came out of that first somersault fully elongated. And then I went over again, and I think going into that third rotation, I kind of realized that I was in trouble. And on that next rotation, I just blacked out.”

What happened next is blurry in Arevalo’s memory, though he remembers his friend Erme trying to reassure him.

'My accident made me feel more American' 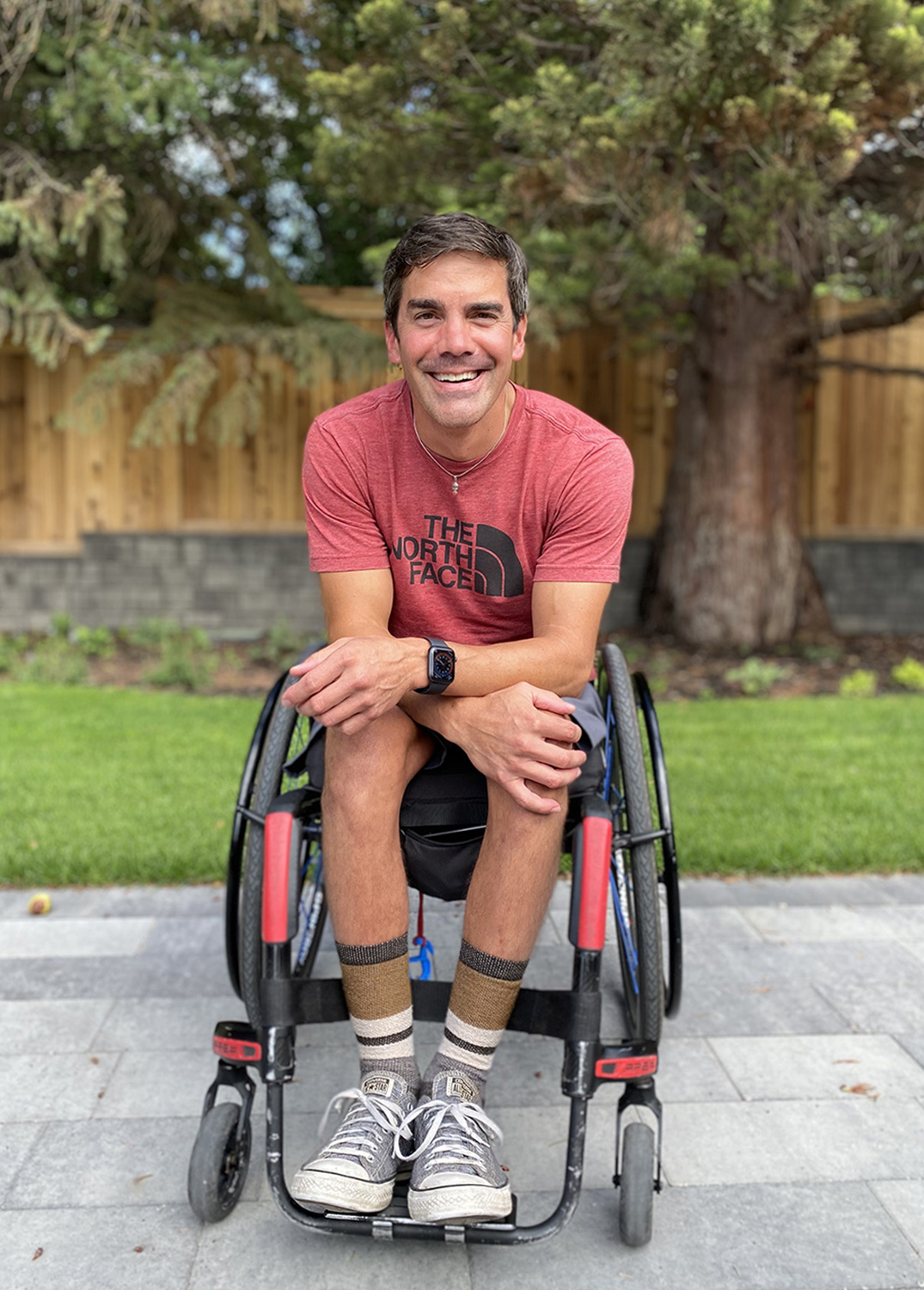 Arevalo smiles in his backyard next to a pool where he enjoys swimming. According to Arevalo, “Water therapy proved to be really, really beneficial.” (Photo by Airon Camargo) 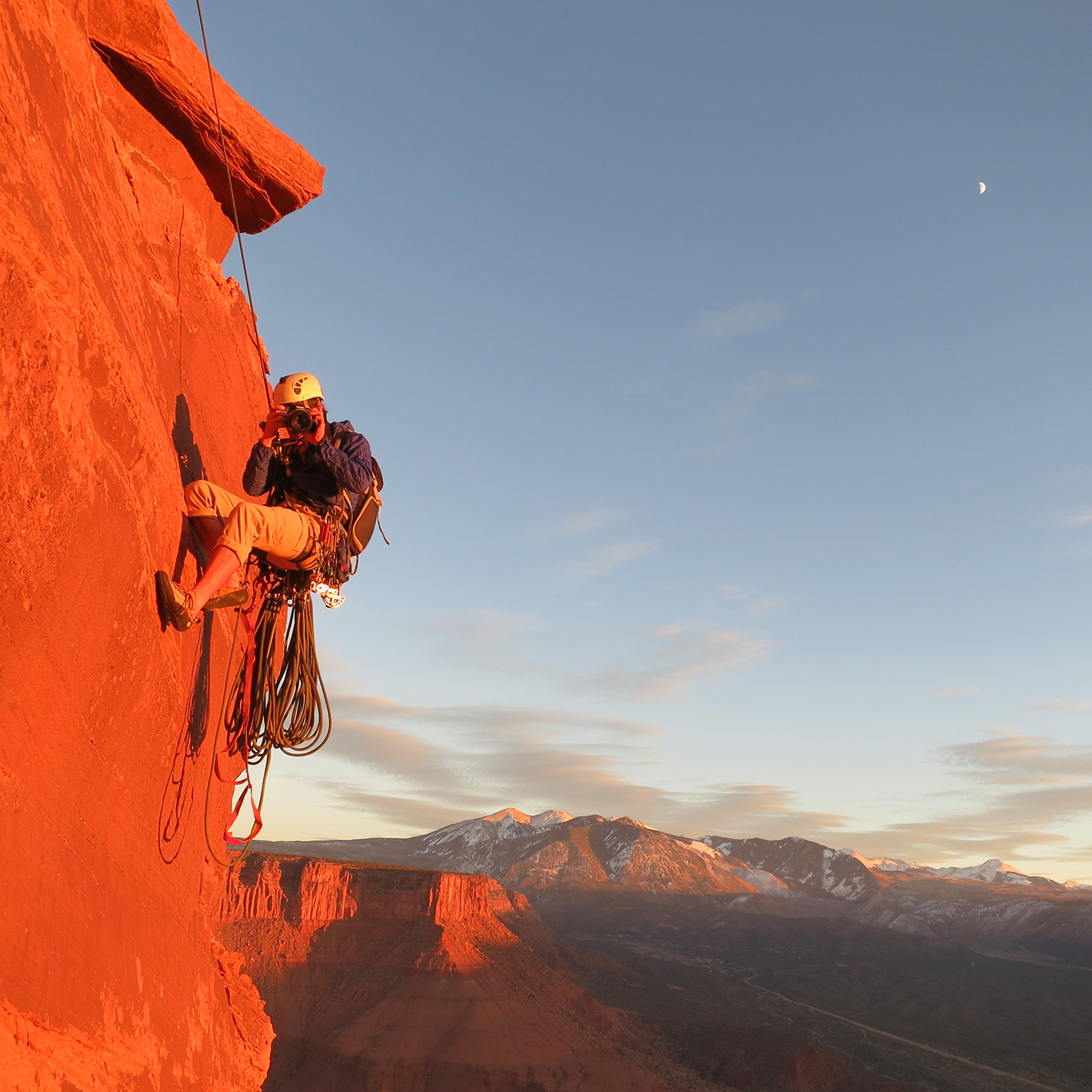 “And the next thing I knew, I woke up in Utah Valley Hospital.”

With no feeling from the chest down, Arevalo is now paraplegic.

“When I woke up, I was not mad. It was just like, ‘Oh, I wish I was doing something super cool when it happened. So I’d have a really good story.’”

Arevalo came to terms with his disability quickly, at least at first.

“I know some people struggle and try to force their limbs to move but I was very accepting.”

He knew things could be different.

“I’m very fortunate to have access to a world class health care facility and just be rehabilitated,” he said. “I feel as an American with a disability to be very privileged and lucky. I’m not sure I would get that opportunity in other places.”

Arevalo is now 18 months post injury and is eager to get back to exploring. 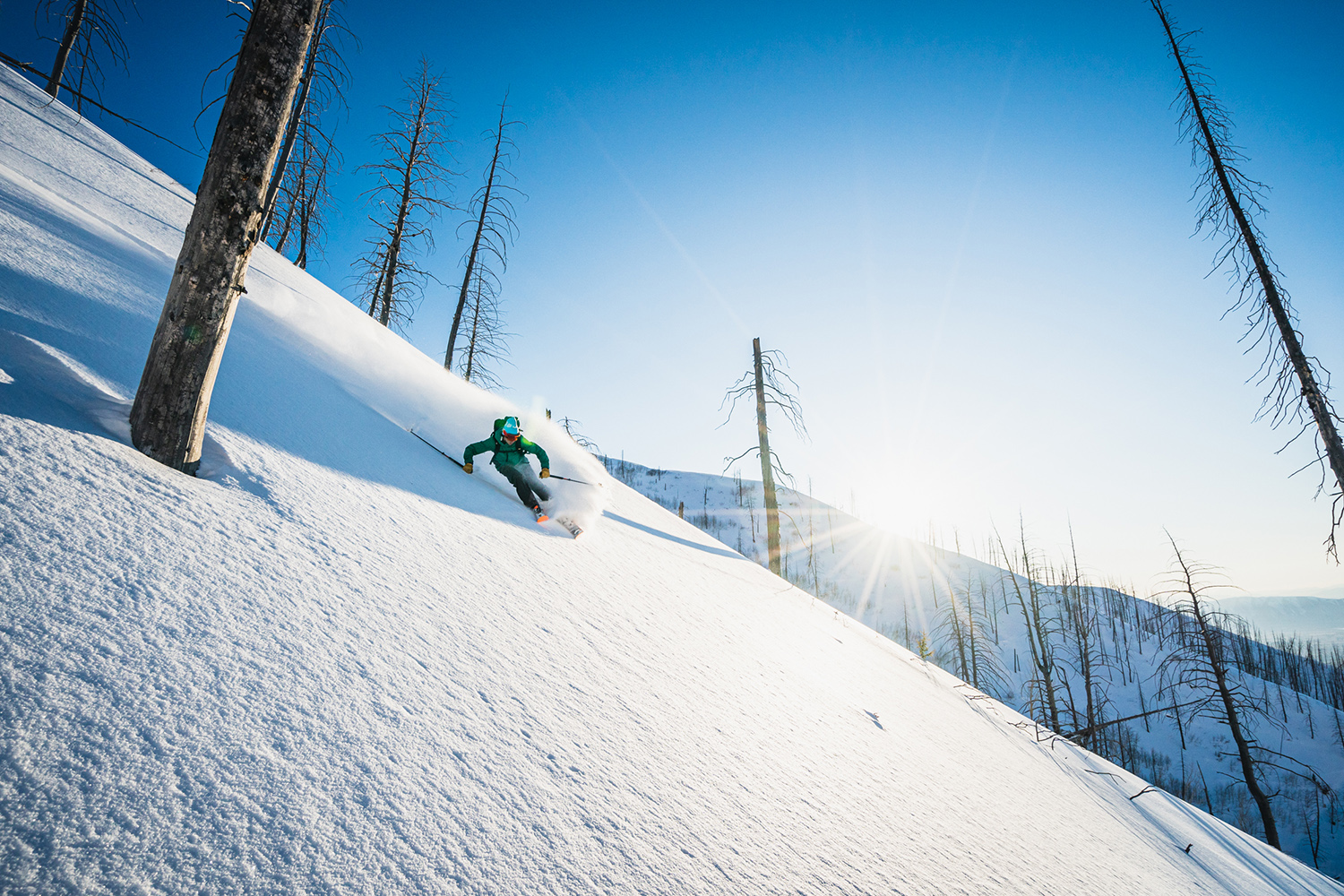 Arevalo took this picture of his friend Erme Catino in the backcountry of the Wasatch Mountains right before the accident.  (Photo courtesy of Louis Arevalo)

“Before my accident, my world was huge, wide open. Now, the world is a lot smaller,” he said. “I don’t have access to a fraction of what I did before. And it’s hard. If I think about that, it’s definitely depressing. And I do think about that but then I also realize, there’s so much I haven’t seen and haven’t done even though I’m in a wheelchair, I still have access to.”

Arevalo has been active in the adaptive sports community. He’s taken up skiing, kayaking and mountain biking — which is his favorite.

This has been helping reframe his mindset on what it means to be going outside. He recognizes that he doesn’t have to be running to the top of a peak or be 10 miles from the trailhead to experience nature.

“I close my eyes, and I can hear the stream or I can hear the wind through the trees, or around the rocks, it takes me to the same place. It’s just a little bit different.” 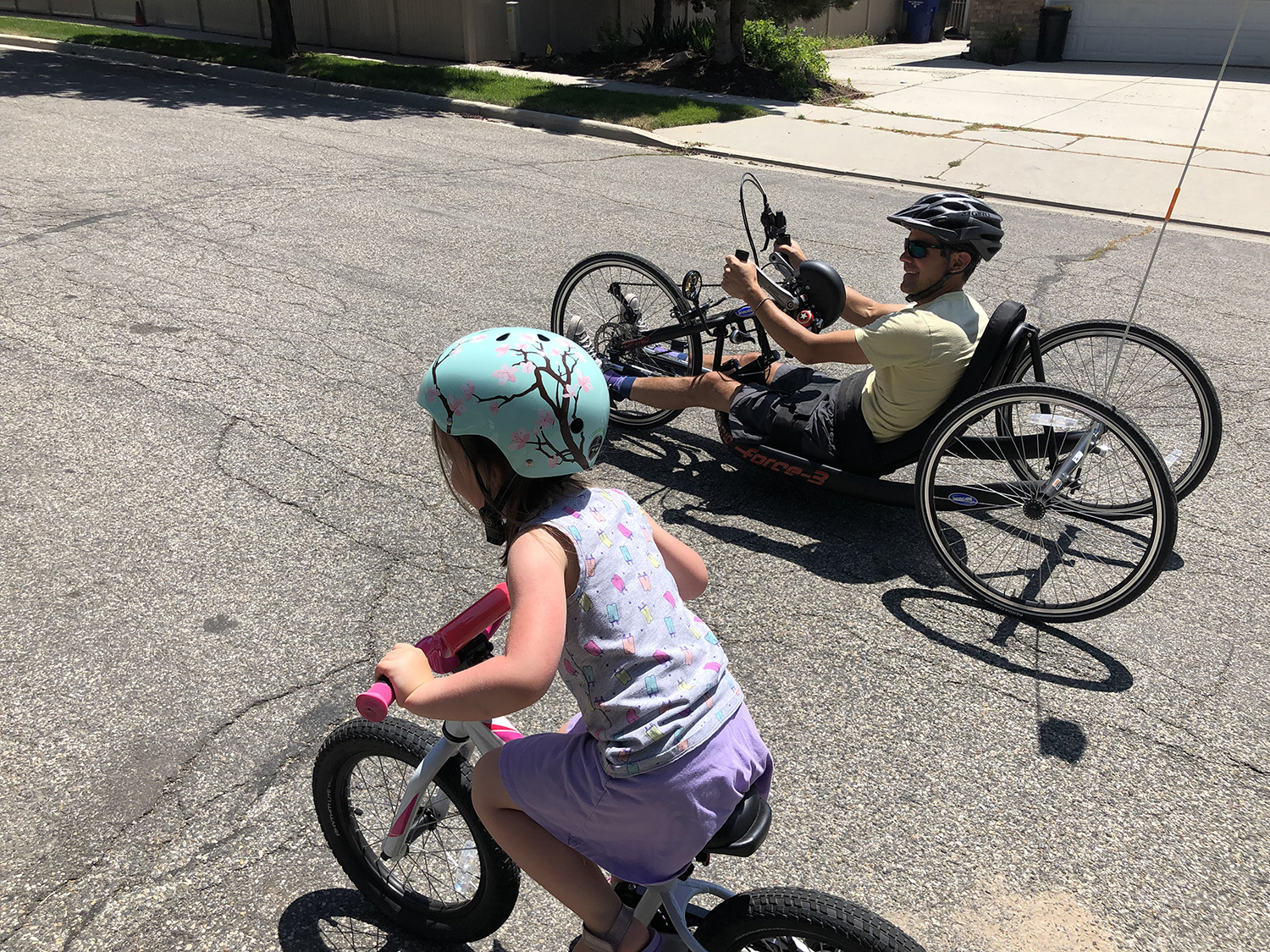 Adaptive biking is one of Arevalo’s favorite ways to get back outside. 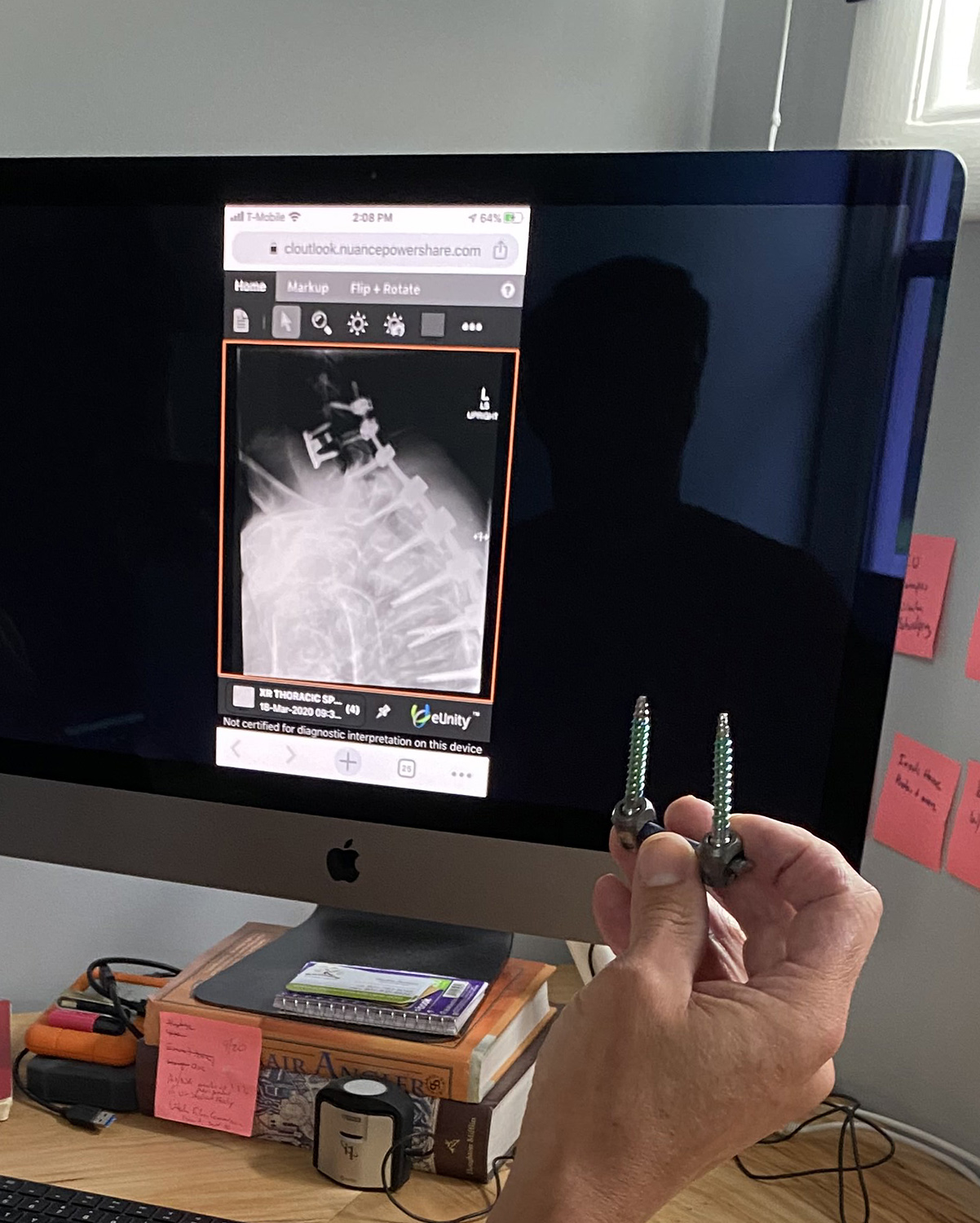 An X-ray showing where Arevalo had screws put in during emergency surgery. 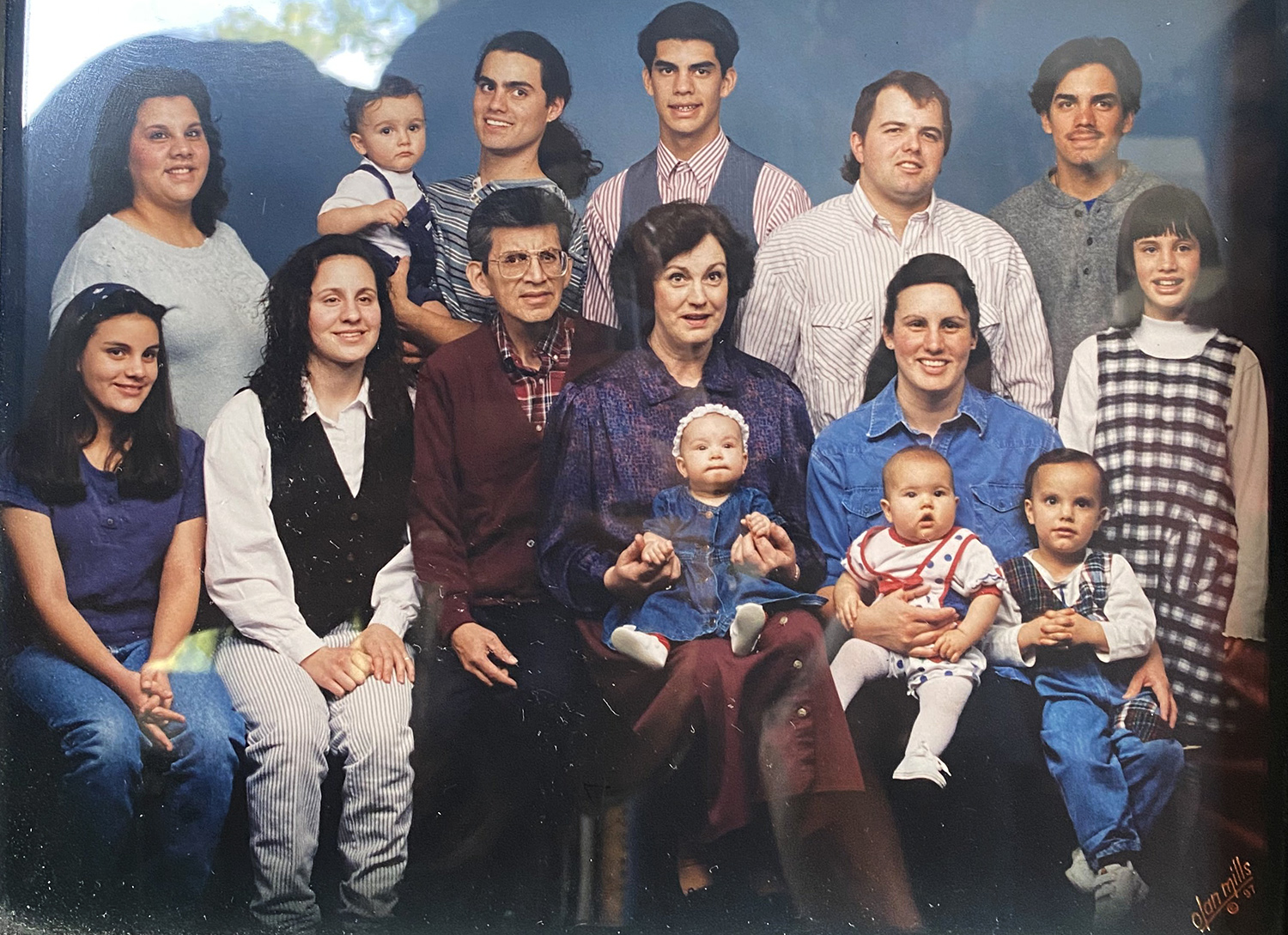 Arevalo (pictured upper right) is one of eight children. His dad (center) immigrated to the states from Lima, Peru in the 1960s. 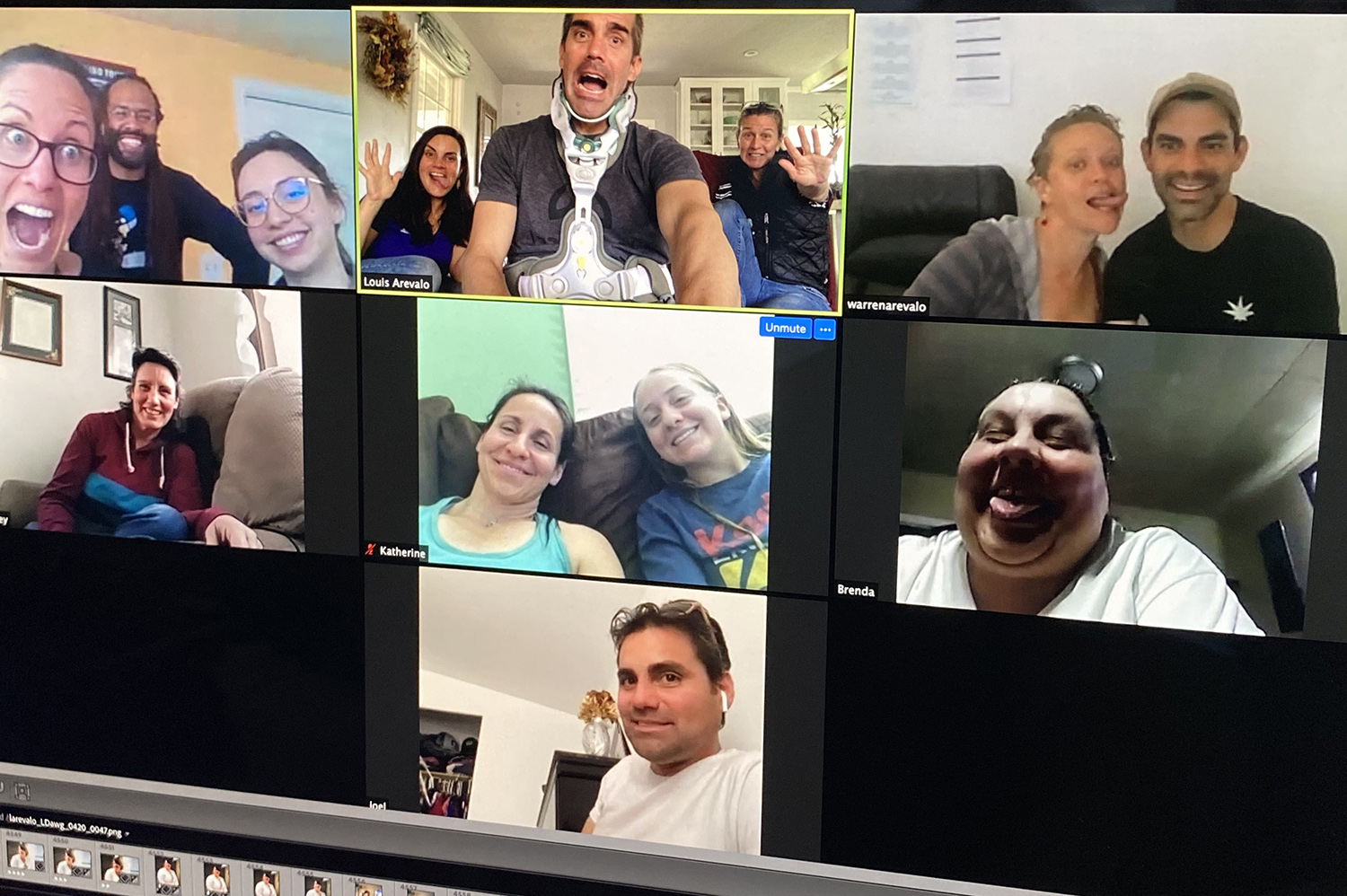 A compilation of Arevalo’s family and friends connecting remotely after his accident. 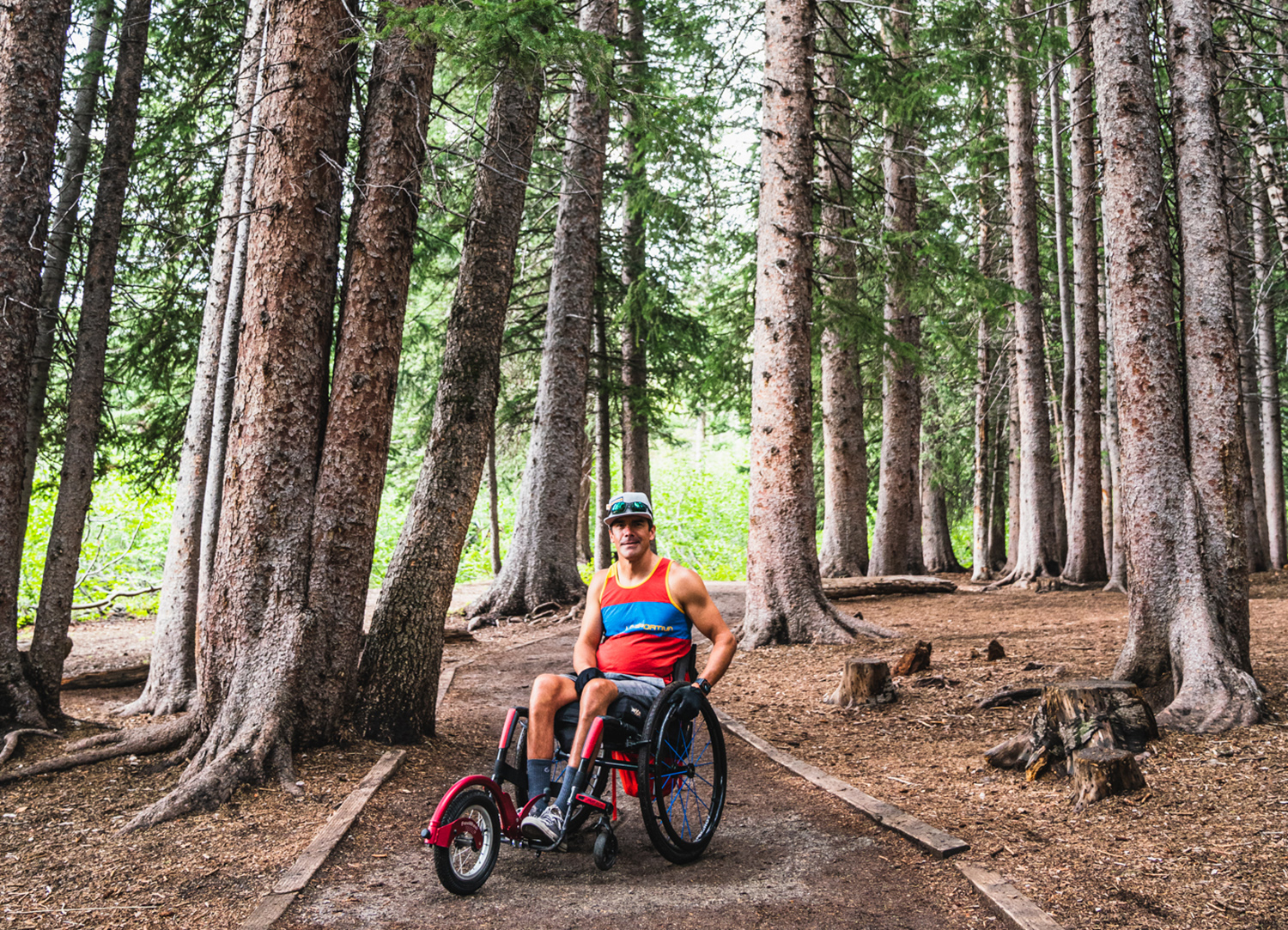 Arevalo stops for a photo opportunity on Silver Lake on International Adaptive Activity day. He enjoys leaving the pavement behind and going for a stroll out in nature. (Photo courtesy of Louis Arevalo)