Mrinal Shinde emigrated from India to pursue the American Dream. He works in cybersecurity for a financial institution and has built a life here with a wife and son. Skyler Jones reports on Shinde’s journey and his experience in the U.S. as an immigrant.

Making a life in America: An Indian immigrant’s story of family, work, and citizenship

Born and raised in India, Mrinal Shinde traveled to America for education but ended up finding community and building a life in Salt Lake City. Now he’s working toward gaining citizenship in the states to build a stable life for him and his family.

Shinde began his American story in Gainesville, Florida, where he got his master’s degree from the University of Florida under a student visa. He fondly remembers taking trips to the beaches of Miami and going to Busch Gardens with college friends, exploring what the country had to offer.

'This is the place where I want to be' 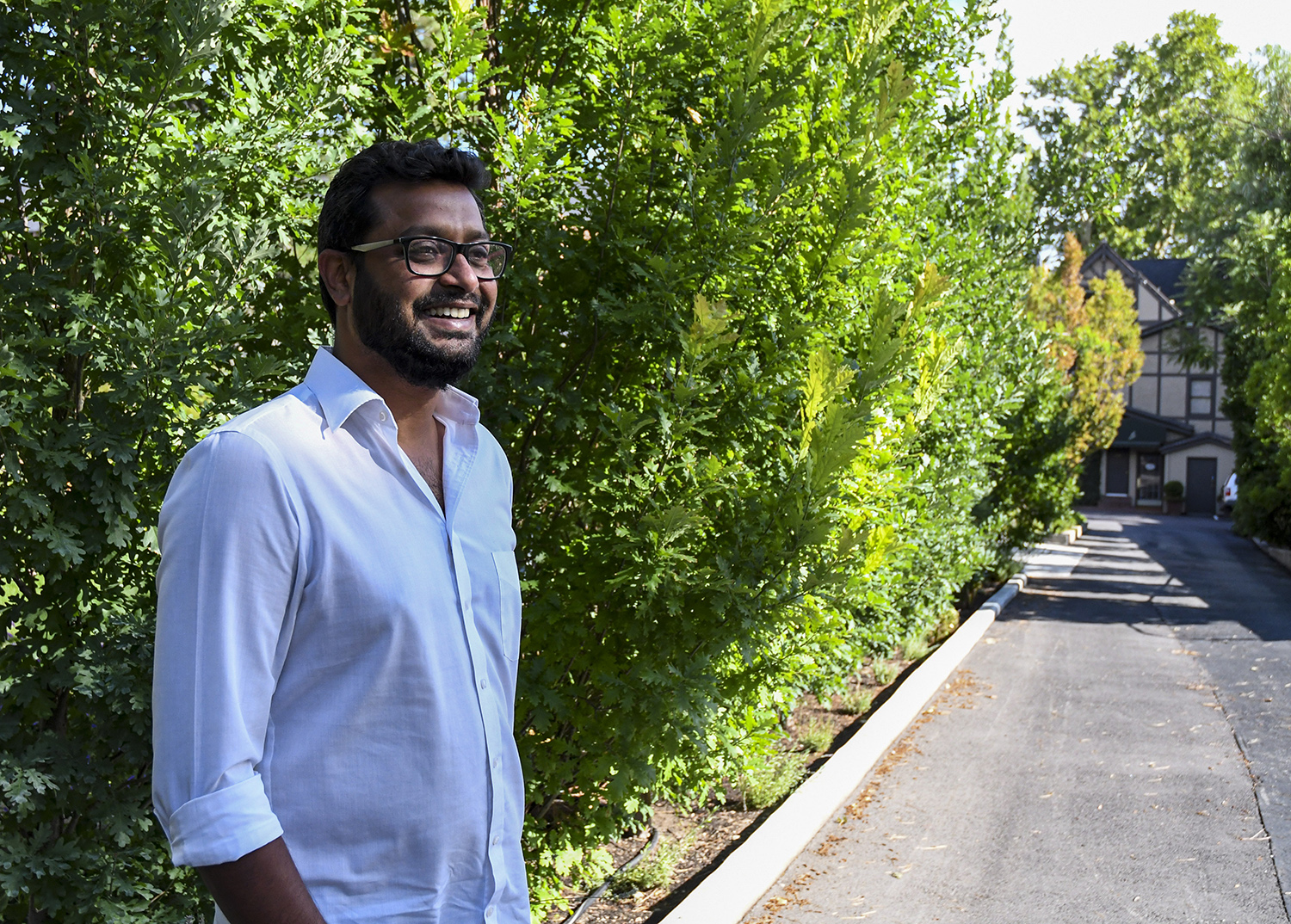 Mrinal Shinde is working to pursue citizenship and continues to build his life here in America. (Photo by Skyler Jones) 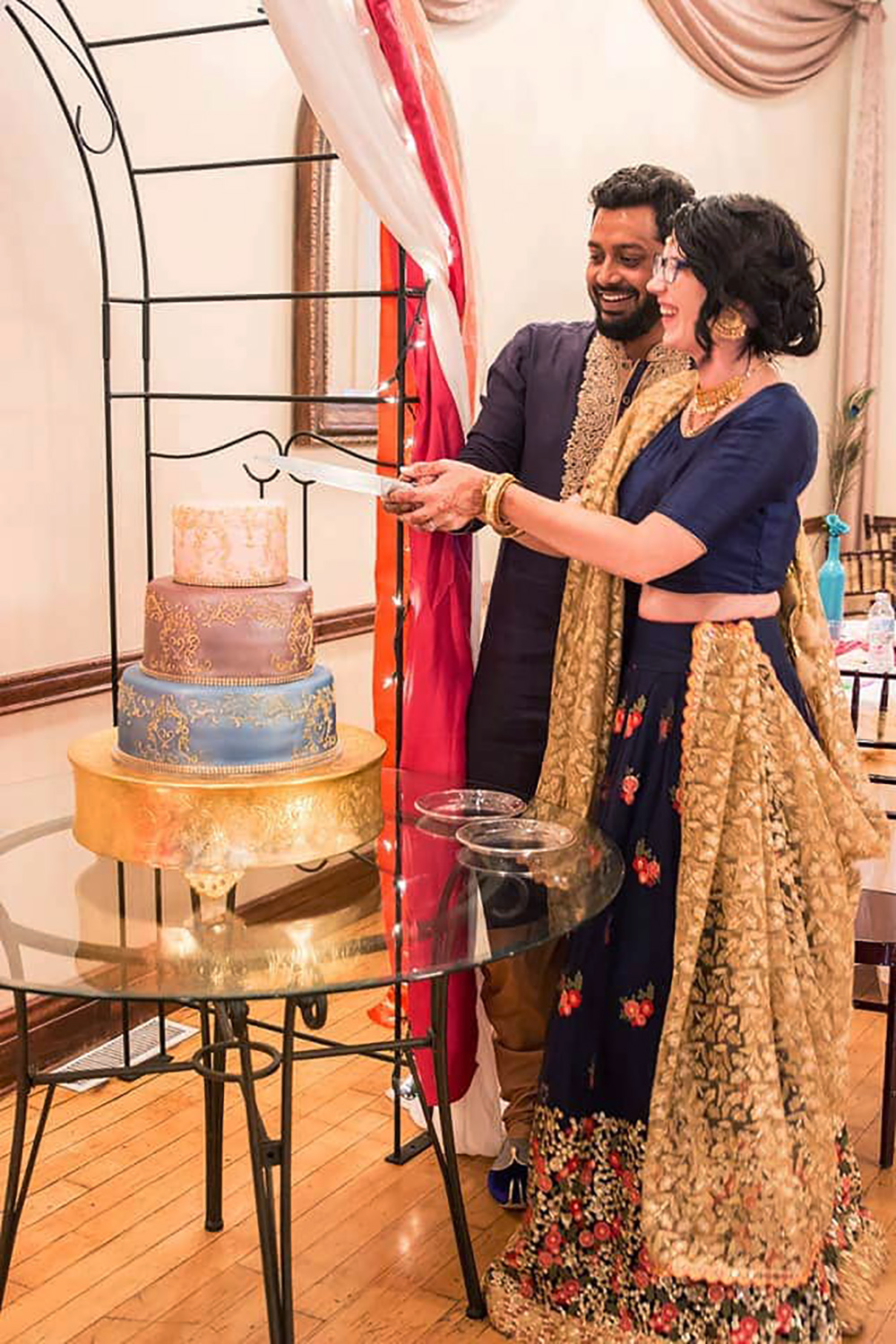 Mrinal Shinde celebrates his wedding with his wife in 2016. She was born and raised in Utah. She helps Shinde with his paperwork and citizenship process. (Photo courtesy of Mrinal Shinde)

“Honestly, I didn’t like it,” Shinde said. “People are just running there and the same thing, because even in India, I went to Mumbai, and I hated it because it’s too much for me. I like to go to [up and coming cities]. So then I came to Salt Lake City, Utah.”

Shinde has been in Utah for seven years now, where he met his wife at a Starbucks near where he worked. She was a barista at the time.

“She used to make coffee for me every day, and that’s how everything started, basically,” Shinde said. “That’s when I decided, OK, this is the place where I’m going to be for most part of my life.”

Now Shinde, his wife and stepson have a house and are building a life together in Utah that they can call their own.

He works at a financial institution in Salt Lake City, a job he “absolutely” loves.

While Shinde has been in America for the past 10 years, he’s still not a citizen.

Shinde has been in the United States under a H-1B visa, which is for immigrant workers and can last up to six years.

Since getting married he’s applied for his green card and is currently waiting on it.

“To be an American and to constantly do all these paperworks and go through all these things is it’s mostly because of my family, my wife and my kid,” Shinde said. “If I don’t do these things, I will have to go back.”

Shinde said he’s spent thousands of dollars in this process to be an official citizen of the United States, with forms on average 30 to 40 pages long.

He said the process takes careful reading and planning.

“It took us at least two months just to fill all the forms,” Shinde said. “For every form, you have to have these documents that justify the forms, like marriage certificates, pictures, your I-20’s from your college, your payslips, and all those notes and letters you know, affidavits from your friends and families that actually can prove that, OK, you are married.”

Shinde said he doesn’t expect he’ll become a citizen until at least 2025. Even though the mountains of paperwork slow the process to a crawl, Shinde said he’s continuing to work toward citizenship in order to build a life for his family in the place he wants to call home.

“I think it’s worth it in the end,” Shinde said. “From my experiences, it was three or four years of struggle that’s still going on. But I think that’s worth it, especially with my family.” 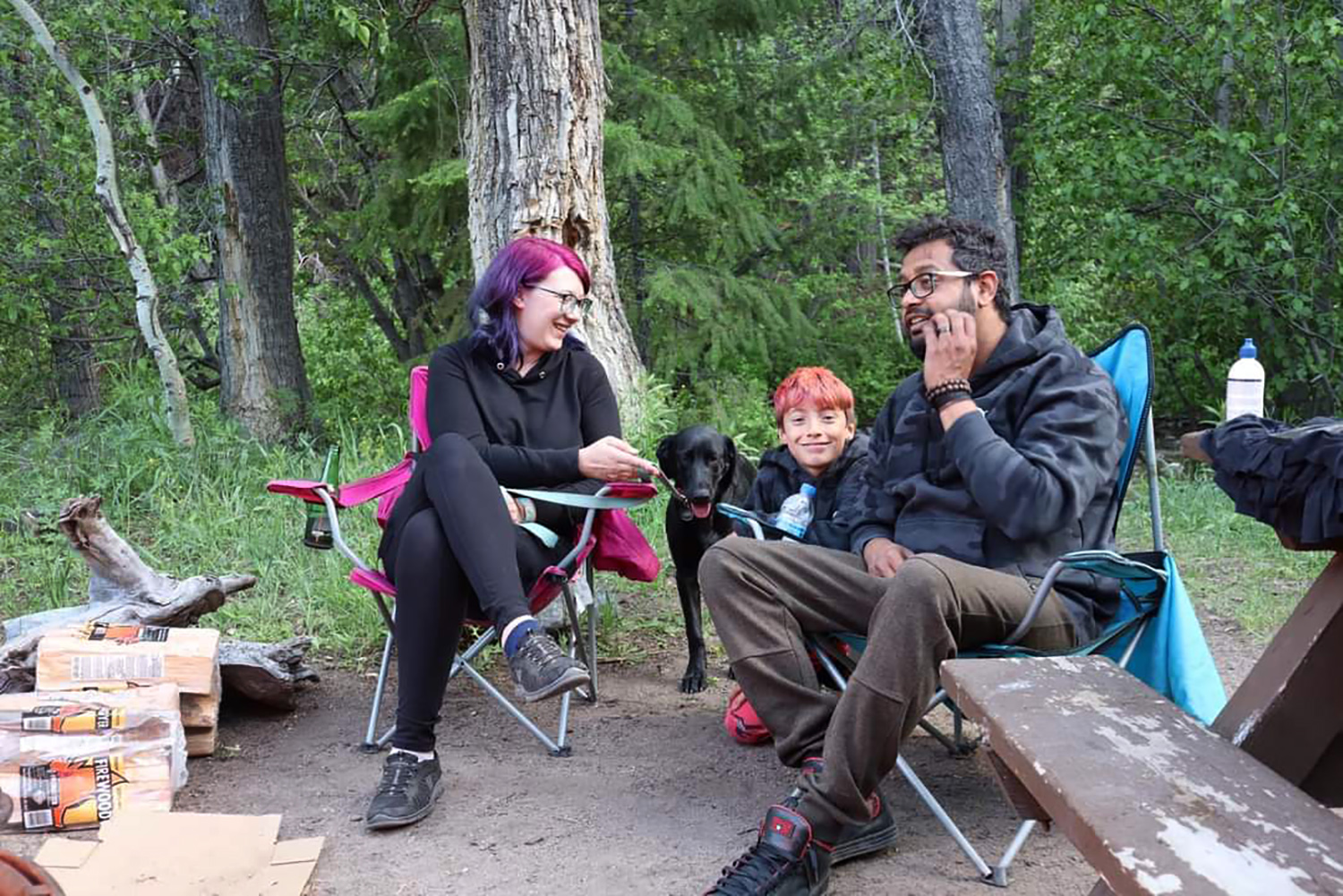 Mrinal Shinde says one of his favorite activities, when he’s not working, is going on camping trips with his family. (Photo courtesy of Mrinal Shinde)